Croatia is situated along the Adriatic Sea stretching from the slopes of the Julian Alps deep into the Carpathian Basin and to the valleys of the Danube and Drava rivers. It has an amazing 5,835km of coastline most of which belongs to islands, cliffs and reefs. There are 1,185 islands in the Adriatic see, Krk is the largest one. No wonder that Croatia is known as the country of thousand islands.

The varied habitats of Croatia are rich in interesting bird, butterfly and reptile species. Our tours visit the most exciting places along the coast and further inland in search of Griffon Vulture, Rock Partridge, Western Rock Nuthatch, Sombre Tit and many other sought-after species.

Slovenia is one of the youngest European countries, which became an independent state in 1991, after the collapse of the Yugoslav federation. Although it is a rather small country, it is very colourful: you can experience amazing contrasts in the same day, birdwatching below the Alpine peaks in the morning and at the seacoast in the afternoon.

The country inhabits vast forests being the third most forested country in Europe, gorgeous craggy peaks, alpine lakes, World Heritage limestone caves and a short stretch of Adriatic Coast. Thus it offers a nice array of alpine and mediterranean species of birds and butterflies. Our tours take you to Triglav National Park and to the World Heritage sites and ensure great accommodations and excellent food.

We can organize birdwatching, butterfly and botany tours either to Slovenia or to Croatia, but tours can be tailor made to your needs and list of species and might include other areas as well. It is also possible to combine Croatia and Slovenia or add Hungary as well. We do offer a special combination starting in Hungary, then Slovenia, Croatia and finish in Venice, Italy. 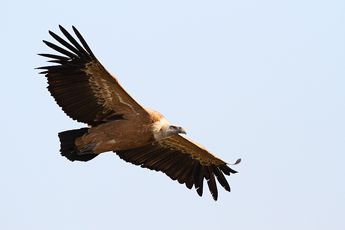