Amazing Raptor Migration & number one Jungle Birding
We put together a superb combination of a spectacular massive raptor migration, number one in the World with some easy, lowland tropical rainforest birding with many sought after species. October and beginning of November is ideal, usually that is the peak time for the Raptor Migration. We should witness a constant flow of Hawks, Vultures, Kites sometimes blackening the sky and there is a good chance to see every day over hundred-thousand raptors.
During on one of our tours our record was an unbelievable 1.2 million birds within a few hours!
After the Raptor full days we add a huge variety of rare and colourful tropical denizens such as Blue Cotinga, dozens of Hummingbirds, several Trogon species, Motmots, Toucans, Woodpeckers, Puffbirds, Manakins, Purple-throated Fruitcrow, Chuck-will’s-widow, about 30 species of Flycatchers, various Anthshrikes, Antwrens, Antbirds, Ant-thrushes & Antpittas, Green Shrike-Vireo, Wrens, tropical Warblers, Caciques & Orioles, dazzling variety of Tanagers.
Beautiful butterflies & some interesting mammals such as Sloths and Geoffrey's Tamarind Monkey colour the scene during the easy birding days. Please read Trip Report Panama
Fact File

Day 1 - arrival in the afternoon to Panama City International airport, transfer the group from the airport to the hotel with green area around, offering good on-site birding possibility. We discuss next day’s program during our dinner at a nearby restaurant.
Days 2-5 - Panama city area
Each morning we start birding in our hotel garden and in the tranquil, green area nearby which produc for us a long list of various species such as White-necked Jacobin, Black-throated Mango, Garden Emerald, Rufous-tailed Hummingbird, Blue-chested Hummingbird, Lineated Woodpecker, Orange-chinned Parakeet, Yellow-crowned Tyrannulet, Yellow-bellied Elaenia, Southern Beardless Tyrannulet, Common Tody Flycatcher, Streaked & Boat-billed Flycatcher, Fork-tailed Flycatcher, Red-eyed Vireo, Swainson's Thrush, Clay-colored Robin, Yellow Warbler, Variable Seed-eater, Crimson-backed-, Blue-gray, Summer and Palm Tanager, Yellow-crowned Tanager.
Each morning after breakfast if the weather is suitable we drive up to the top of a nearby hill which offers a perfect panoramic view of the large kettles of migrating raptors. Our timing should be perfect since at the end of October we can get the peak time for mainly hundreds of thousands of Swainson’s, Short-tailed and Broad-winged Hawks. We might be lucky to see some late Swallow-tailed Kites and Mississippi Kites as well.
From time to time we point out some Zone-tailed Hawks, Yellow-headed Caracaras and fast Peregrine Falcons. We also should see some fishing Ospreys and hunting Crane Hawks. We might pick up some rarer species as well, such as Gray-lined Hawk or King Vulture.
During our visits of the hill we also have a chance to find both Chuck-will's Widow and Lesser Nighthawk.
On a good day the sheer number of birds in the sky can be stunning. Once with a group we witnessed a constant River of Raptors flowing in front of us with more than 1.2 million birds within just a half day!
One of the days we will spend a few hours at the Metropolitan National Park where we will search Gray-headed Chachalaca, Black-crowned & Yellow-crowned Night Heron, Barred Antshrike, Southern Rough-winged Swallow, Prothonotary Warbler, Saffron Finch.
Another day we might make a detour towards the Bayano Lowland area which can produce Little Tinamou, Wood Stork, Green & Cocoi Heron, Anhinga and we can add a few more raptors such as Crested Caracara, American Kestrel, White-tailed Kite. Further new species which possible here are Blue Ground Dove, Red-lored Parrot, Smooth-billed Ani, Common Nighthawk, Pale-bellied Hermit. We hope to find local specialities such as Black-tailed Trogon, Stripe-cheeked Woodpecker, Pied Puffbird, Golden Collared Manakin, Fasciated Antshrike, Black Antshrike, Western Slaty/Black-crowned Antshrike, Dusky and Jet Antbird, Bay Wren, Bay-breasted Warbler and the very localized Streaked Xenops.
Days 6-9 -  Tropical Lowland Birding
Each day we discover different parts of the Gamboa Forest, Soberania National Park and other World-famous trails, such as Pipeline Road or Plantation Road. Travelling distances are very short every day, walks are generally on flat area, but some days can be really humid especially after sporadic rains. The list of birds we have a chance to see here is really quite long. Here we mention just some of those which we usually see quite easily such as Great Tinamu, Muscovy Duck, Rufescent Tiger Heron, Agami Heron, Boat-billed Heron, Tricolored Heron, King Vulture, Bat Falcon, Snail Kite, Ornate Hawk-Eagle, White-throated Crake, Gray-necked Wood Rail, Purple Gallinule, Scaled Pigeon, Mealy Parrot, Greater Ani, Lesser Swallow-tailed Swift.
A dazzling variety of hummingbirds waits for us, such as Western Long-tailed and Stripe-throated Hermit, Purple-crowned Woodnymph, Violet-bellied and Blue-chested Hummingbird, White-vented Plumeleteer. We will search and hopefully find all 5 possible Trogon species, namely Black-throated, White-tailed, Garthered/Violaceous, Slaty-tailed and Black-tailed. Also we should find Blue-crowned, Rufous and Broad-billed Motmots. Other colourful species to be mentioned are Collared Aracari and Chestnut-mandibled Toucan. We get some unique Woodpecker species such as Black-cheeked, Cinnamon and Crimson-crested. We also should locate White-necked and Black-breasted Puffbirds. Some of the notable highlights of tropical birding are Blue-crowned and Lance-tailed Manakin, but Blue Cotinga and Purple-throated Fruitcrow can steal the show. :-)
Actually it is a perfect timing to witnes males displaying.
The biggest challenge is always to identify the many different flycatcher species especially that here more than 30 is possible. We usually find more than 2 dozens including Southern Bentbill, Eye-ringed Flatbill, Ruddytailed and of course Panama Flycatcher. Antshrikes are represented by Fasciated and Western Slaty/Black-crowned, while Antwrens include Checker-throated, White-flanked and Dot-winged. We will also look for several different Antbird species as well such as Dusky, White-bellied, Chestnut-backed, Bicolored and Spotted. With some luck we should find Black-faced Ant-thrush and Streakchested Antpitta as well. Most of the above mentioned species we should be able to observe very well especially when we find some big ant-swarms. Pipeline Road is World famous for having strong an-tswarms.
Other interesting species we can see during the tour include Green Shrike-Vireo, Black-bellied Wren, different tropical Warblers, Caciques & Orioles, Scaly-breasted/Southern Nightingale Wren, a dazzling variety of Tanagers including Rosy-thrush Tanager and the strangely, but aptly named Brownish Twistwing.
For the last night we returned to Panama city.
Day 10
If flight schedule permits than on last day we still look for birds alongside the seaside. Several different herons, such as Black-crowned & Yellow-crowned Night Heron, Semipalmated Plover, Long-billed Curlew, Tricolored Heron, Royal Tern and some other species possible here. Rarely even Blue-footed Booby can be spotted. Finally we have a transfer to the airport to catch our flight and arrive back home. 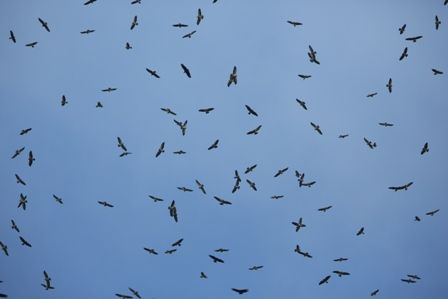 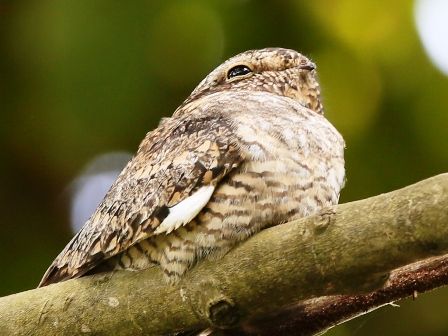