This short holiday explores south Bohemia, a region spreading along the upper Moldau river and bordering to German Bavarian forest. The south of the country will reveal a land of rolling hills, forests and lakes that has changed little in hundreds of years. Particular interest will be also paid to local history and architecture. Among other sights, we will pay a brief visit to Cesky Krumlov, the best preserved medieval town in the whole country.

Sumava Mountains are in fact a prolongation of Bavarian forest in the Czech Republic. It is not only larger than its German counterpart but has much more boreal appearance with many peatbogs and cold valleys, a home to trully northern bird species.

Trebon Basin, a UNESCO Biosphere Reserve, is an area of old fish ponds where we will also visit local brewery and famous fish restaurant. Many historical sights have been preserved in this part of the country. Our journey ends in Prague with an extension available for those who want to spend some more nights in this beautiful city.

The tour starts in Prague. Transfer by coach to our hotel in the Sumava Mountains follows. The journey takes between 3 to 4 hours. We may begin our birdwatching in the evening when we venture out to look for owls if any breed nearby.

Like no other place in Czech lands, Sumava Mountains remind you of the coniferous forests in the far north. As mountains bordering to Germany, some parts of Sumava have been closed for nearly fifty years. Forested hills hide large moors, meadows and mountain streams. Wolf and Ural Owl once roamed around here. Both were brought back and follow an extremely successful re-introduction of Lynx to this area.

Our main goal will be to observe lekking Black Grouse early in the morning. The ever declining though still rather strong local population has several leks well set near local roads. We will go before breakfast to look at males burbling in trees or on a wet meadow just behind last village houses.

Large areas of spruce forests were damaged by a huricane and spruce bark beetle calamities in the past 20 years. Capercaillie seems to have taken advantage of this fact but can be seen with luck only. It has the country´s largest population here counting some 250 males. Hazel Grouse, on the other hand is a numerous inhabitant of dense undergrowth. Likely to be seen but quality of sighting usually varies from a glimpse to brief observation.

Nearly natural spruce stands hold very large population of Three-toed Woodpecker and Ring Ouzel is common at forest fringes. Relic population of White-backed Woodpecker will be probably not subject of our explorations unless we will will be fit enough and have time left for this species.

Pygmy and Tengmalm´s Owls seem to like both mixed forests and spruce monocultures. Quest for these night fliers is a bit tricky sometimes and we may need more than one attempt to find them.

Same stands are often occupied by Black Woodpecker while Black Stork prefers beech woods. They are all widespread in the mountains and hopefully will be among highlights of our tour. Good species of regularly breeding raptors are Honey Buzzard and Goshawk.

A few interesting species arrive in May from their wintering grounds and only groups coming in mid May can watch or listen to the Corn Crake, Common Rosefinch, Red-backed Shrike, Red-breasted Flycatcher, Grasshopper and River Warbler.

Mount Boubin is a mountain primeval forest. A reserve was established there in 19th century. Here both Three-toed and White-backed Woodpeckers can be found. Should there be time and will to visit we can give a try to these much wanted species in wonderful environs.

There can be an optional evening stroll in the woods looking for owls, Woodcock and mammals either here or at the next base.

Our two hour journey from Sumava to Trebon will be interrupted by stop in a fairy-tale town of Cesky Krumlov. It was founded in the 13th Century and has retained much of its medieval appearance. This is an astonishingly beautiful place dominated by large Renaissance castle.

We will walk up a few steps to the castle and through several courtyards get to the garden. There will be time for an optional guided tour of the castle theatre. This baroque gem from 1767 is one of the six preserved in Europe and reputedly the best one. Later we arrive to Trebon and after checking in at our hotel we'll enjoy birdwatching in Trebonsko Protected Landscape Area. It extends in the countryside of medieval ponds, ancient forests, canals, alleys and peatbogs.

The Trebon basin is a UNESCO Biosphere Reserve and an important wetland of 500 medieval fishponds with an interconnecting network of canals and alleys of old oaks. Many lakes are now in use since 15th Century. Almost half of the area is covered in pine forest on sands and wet broad-leaved forests and holds a small population of Elk. We´ll explore the region on our easy daily walks through forests and on embankments of the fish ponds with planted oaks in a hope to observe birds like Black and White Stork, Great Egret, Spoonbill, Marsh Harrier, Black-necked Grebe, Middle-spotted and Grey-headed Woodpecker, Kingfisher, Great Reed and Savi's Warbler and Bluethroat or Penduline Tit and Bearded Reedling. Every pond has a pair of Otter and they are quite often seen during the day.

Early morning birdwatching in the Trebon castle park provides a refreshing walk before breakfast. The park is just short walk from the hotel. It has regularly Middle Spotted Woodpecker, Spotted and Collared Flycatchers, Icterine Warbler, Hawfinch, Black Redstart and Redstart while Goldeneyes sometimes use nesting boxes near a large lake adjacent to the town center.

We can encounter on our lakeside and woodland walks anything from Red-crested Pochard, Garganey, Black Kite, Wryneck, Cuckoo and Turtle Dove, Wood Warbler and Golden Oriole to Syrian and Black Woodpecker. Time from time, Bittern booms, Water Rail or Little Crake calls and herons pass by. In the evening we may go out into the stands of pines and peatbogs to look for Woodcock, Tengmalm's and Pygmy Owls, and Nightjar. Barred and Marsh Warbler arrive in May.

We will be transferred to the Prague airport for our homeward flight. Depending on the schedule we might be able to stop by en route and perhaps have some more birding around Trebon.

For those who decide to spend an extra night at very good price we offer a Prague city guide who will take you to the most interesting sights and will try to avoid the crowds.

The tour starts by taking you to the magnificent Prague Castle in the morning before many tourists appear there. It leads then down to the other bank of Moldau river to show you 1000 years of the Czech history. Indeed, all important architectural styles are represented in the superbly preserved city center.

We will visit St.Vitus's Cathedral, the city´s most distinctive landmark and the resting place of Czech kings, the Charles Bridge, Prague´s most familiar monument built by Charles IV in 14th century. Our city tour will then continue on to the Old Town Square at which point we will say goodbye to the guide and will have a free afternoon. You can just stroll through the Old Town, wait for the famous Horologe to come in operation every hour or visit one of the beautiful historical gardens of Lesser Quarter where there are also Museum of Modern Art and Franz Kafka Museum. Farewell dinner will be in Lesser Quarter below the Prague castle. 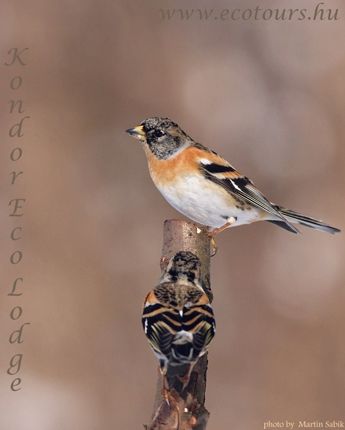 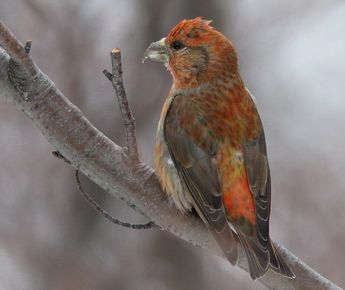 River Warbler and Common Rosefinch (in May)