South Africa is one of the most attractive and productive destinations if you would like to see a huge variety of birds and up to 50 mammal species at breathtaking landscapes. We expect to see around 4-500 bird species and around 40-50 mammal species plus many butterflies, dragonflies, reptiles and amazing wildflowers.

During the tour we will concentrate on bird & mammal watching but will not forget to point out the incredible variety of other wildlife either.

All pictures at this webpage were made during our tour(s).

- all with excellent on site birding, mammal & wildlife-watching possibilities

- several hundreds of bird species including endemics and regional endemics,

-at most of the places we stay 2 nights, all at excellent birding & mammal watching places

- all with excellent on site birding, mammal & wildlife-watching possibilities

- all travel within the country as noted in the itinerary

- all accommodation based on shared rooms, single rooms for extra charge

- services of the leader(s);

- flights to and from Johannesburg, South Africa;

- optional programmes to places of interest and entrance fees involved;

- airport and other departure taxes, tips;

- food beyond generally 3 meals/day mentioned in the itineraries;

Easy to moderate walks; some areas are hot and humid; rain is possible

Later in the day we will be travelling to the nearby Devon Grasslands. This area is a maze of farm roads through grassland areas and we will be looking for Blue Crane, Blue Korhaan, Northern Black Korhaan, Secretarybird, Orange River Francolin, Ant-eating Chat, Capped Wheatear, Rufous-naped, Red-capped & Spike-heeled Larks, Long-tailed Widowbird, African Quailfinch and many more.

We head north from Johannesburg to Levubu in the Soutpansberg Mountains near Louis Trichardt (5-6 hour drive) where we will stay at Time Out Lodge, a lovely farmhouse B&B. We use a local African guide to take us to find the specials in the area. We will head off to Muirhead Dams & Reserve situated in the farm Royal Macadamia. Special birds include Blue-Spotted Wood Dove, African Pygmy Goose, White Backed Duck, both Red Backed and Magpie Mannikin, Olive Bushshrike, Green Twinspot, African Wood Owl and a long list of other species.

We stay in the same area and visit the Entabeni Forest an Afro-mountain forest. We will be driving by the river make several stops to look for Mountain Wagtail, Half Collared Kingfisher, Red Faced Cisticola and many more. We will stop at the Blue-Gum trees to look for Bat Hawk and then drive to the top of the mountains. Some of the special birds expected to be seen include Orange Ground Thrush, Yellow Throated Woodland Warbler, Grey Cuckooshrike, Yellow-streaked Greenbul, Knysna Turaco, Narina Trogon, Olive Woodpecker, White-starred Robin, Olive Thrush, Crested Guineafowl, Forest Buzzard and many more.

We will also visit the Levuvhu River to look for African Finfoot, White-backed Night Heron and Half-collared Kingfisher.

After brunch we will drive to Punda Maria camp in the Kruger Park. Time permitting we will take a drive around one of the loop roads around the camp. On entering the park we will start to encounter some of the many mammals in the park including African Elephant, Plains Zebra, Impala, Kudu, Nyala, Sharpe’s Grysbok, Common Warthog, Giraffe and African Buffalo.

Over the next few days in the park we could also encounter the big cats, Lion, Leopard and Cheetah. Birds will include Southern Yellow-billed, Southern Red-billed, African Grey and Southern Ground Hornbills, Yellow-bellied Greenbul, Lilac-breasted Roller, Magpie Shrike, Brown-headed Parrot, Purple-crested Turaco. During the various drives we may encounter many of the birds of prey and vultures that the park is famous for. These should include Bateleur, Brown Snake, African Hawk, Martial, African Fish and Tawny Eagles and White-backed, White-headed, Lappet-faced and Hooded Vultures.

From Punda we will drive north for the day to the Pafuri area where there is a large tract of mature riverine forest. On the way north we will be looking for local special such as Arnot’s Chat and Dickinson’s Kestrel. In the northern area of the park big game are the hosts to both Red-billed and Yellow-billed Oxpeckers.

On reaching Pafuri we will stop on the river bridge and at the picnic area to look for Broad-billed Roller, Meve’s Starling, White-crowned Lapwing, Retz’s Helmetshrike, Yellow-breasted Apalis.

This stretch of river is host to many Hippopotamus and some huge Nile Crocodiles. We will return to camp in time to go on a night drive with the possibility of Pearl-spotted Owlet, Verreaux’s Eagle-owl, Fiery-necked Nightjar as well as nocturnal animals such as Porcupine, Springhare, Large-spotted Genet and Thick-tailed Galago (Bushbabie).

After an early morning walk around the camp to look for some of the local inhabitants such as White-browed Robin-chat, Bearded Scrub Robin, Red-headed Weaver and Black-headed Oriole before we will head off south to our next stop, Mopani Camp.

Mopani is about a 5 hour drive depending on what we see on the way down. In the afternoon we will drive around Pioneer Dam and go to the two bird hides there and time permitting we will drive around the loop past the Nshawu waterholes. This area has open grassland and is good for Tsessebe and Blue Wildebeest. This area is also prime habitat for Kori Bustard, Ostrich, Temminck’s Courser, Chestnut-backed Sparrow-Lark, Sabota Lark and many more.

We will head off to our next camp at Satara stopping at Letaba camp and Engelhard dam hide on the way down. This drive passes alongside stretches of river and should yield Saddle-billed, Yellow-billed and Woolly-necked Storks.

In the afternoon we will take one of the loop roads and look for the big cats as this is one of the best areas for them. Satara also has a resident Honey Badger and African Wildcat to look for during the evening.

We leave for our final destination in Kruger Park, Berg-en-Dal birding along the route. In the afternoon we will drive along one of the nearby loops. This area is one of the best areas to find White Rhinoceros and Wild Dog. The large pan next to the camp is excellent for Pied and Malachite Kingfishers, Water Thickknee, Striated heron, African Jacana and Red-billed Buffalo Weaver. At the camp the restaurant/shop has a walk alongside the pan which often attracts big game cooling off with a drink at the waterhole. Night time visitors to the camp include Large-spotted Genet and African Barred Owl.

We will explore the areas around Berg-en-Dal looking for the big cats, White Rhinoceros and Wild Dog looping around some of the nearby side roads. There are many bushveld and water birds to be seen along these routes. We will return to camp in time to go on a night drive with the possibility of Pearl-spotted Owlet, Verreaux’s Eagle-owl, Fiery-necked Nightjar etc as well as nocturnal animals such as Porcupine, Large-spotted Genet and Thick-tailed Galago (Bushbabie)

We will then head south and exiting the camp at the Malelane gate to drive to our next destination Wakkerstroom (approx. 5 and a half hours drive).

We employ one of the local African guides to help us explore the area around Wakkerstroom grasslands and mountains. Here we are looking for the specials of the area Rudds & Botha’s Lark, White-bellied Korhaan, Denham’s Bustard, Buff-streaked Chat, Ground Woodpecker, Blue and Grey-crowned Cranes and many more.

Day 12 – drive from Wakkerstroom to Himeville, approx. 5 and a half hours drive.

We make an early start and drive to Himeville at the base of the legendary Sani Pass. We spend the afternoon with our local guide exploring some of the local grassland and forest areas. Potential birds to be seen include all the three cranes found in South Africa, Wattled, Blue and Grey-crowned.

Using a local guide and ascend the Sani Pass up into Lesotho the mountain kingdom (passports necessary) birding along the way. Birds to be seen in this area include Mountain, Rock and possibly Short-tailed Pipit, Bearded Vulture (Lammergeirer), Bush Blackcap, Barratt’s Warbler, Drakensberg Rockjumper, Drakensberg Siskin and Large-billed Lark. An interesting mammal to be found at the top of the pass is Sloggett’s Ice Rat.

Day 14 - We drive back to Johannesburg and catch a flight back to home.

Day 1 – We drive back to Johannesburg and catch an evening flight to Cape Town.

We will drive up the coast to the West Coast National Park which at this time of year can often produce some interesting rarities. It is a good area for African (Black) Oystercatcher, Southern Black Korhaan, Karoo Scrub Robin, Southern Tchagra and Black Harrier. From the hides there are always many waders and terns to be seen.

Today we will head north to the fabled whale watching town of Hermanus.  Hermanus is considered to be the world's premier site for watching whales. At this time of year Southern Right Whales migrate to the sheltered Walker Bay to breed and can be seen close to the shore. There is even a whale crier to sound his kelp horn when whales are sighted! Lunch at a restaurant overlooking the bay followed by an afternoon exploring the nearby areas and a leisurely drive back to Cape Town.

If weather conditions are good this is one of the best pelagics around. Potential birds include Shy, Black-browed, Northern Royal, Atlantic and Indian Ocean Yellow-nosed Albatrosses, Northern and Southern Giant Petrels, Pintado and White-chinned Petrels, Cape Gannet, Sooty Shearwater, Wilson’s Storm Petrel and some more. If weather forces us we can switch with Day5.

The Botanical Gardens are good for local specials such as Orange-breasted Sunbird, Cape Sugarbird and Victorin’s Warbler.

Betty’s Bay has a colony of African Penguins as well as three cormorants, Cape, Crowned and Bank.

Rooi Els is a rocky cliff area that has Cape Siskin, Cape Bunting and Cape Rockjumper. (as back-up we switch with day 4)

In the morning we will explore around Cape Town and its environs visiting Table Mountain via the cable car where we should encounter birds such as White-necked Raven, Rock Kestrel, Cape Sugarbird and Cape Siskin whilst admiring the stunning views of Cape Town. In the afternoon we take a drive along the scenic Chapmans Peak Drive to the Cape Point Nature Reserve. South African Fur Seals bask on the rocky shores of the Cape of Good Hope and the fynbos shelters populations of Cape Grassbird, Southern Tchagra, Malachite and Orange-breasted Sunbirds, Cape Sugarbirds and Bokmakierie.

Last evening provides another chance to see the resident Porcupine.

Before breakfast we have a last chance to enjoy the garden and its various birds.

After breakfast we will pay a visit the famous Kirstenbosch Botanical Gardens. The gardens are good for Malachite, Orange-breasted and Southern Double-collared Sunbirds, Cape Spurfowl, Swee Waxbill etc. After returning home to freshen up we head to airport for an afternoon flight to Johannesburg airport in time for the flight back home. 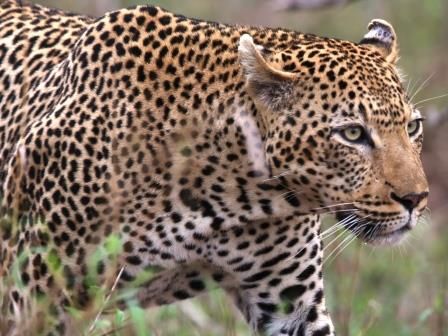 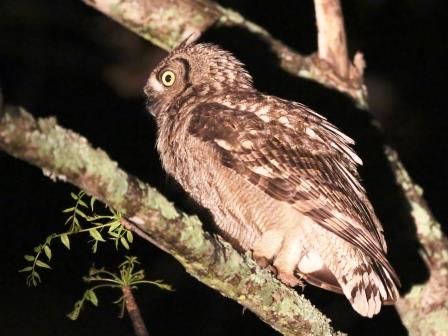