This epic expedition ventures into the majestic Altai Mountains in Mongolia’s far west in a quest for truly enigmatic Snow Leopards along with other iconic wildlife, including Pallas’s Cat, Mongolian Saiga, Siberian Ibex and more.

After arrival in the capital Ulaanbaatar, fly to Mongolia’s remote west in pursuit of the elusive Snow Leopards in the pristine wilderness of the Altai Mountains, which is home to roughly 20% of the world’s estimated population of the species. What is more the area boasts some of the interesting Central Asian bird specialties as well. Depending on the timing of the tour many unexpected Siberian migrants might appear on the way, especially during May and June. On the other hand July and August dates are best in terms of temperature and climate when we are birding above 2500 or 3000m in the mountains. Beside searching the elusive mammals birding in the hills will be one of the best experiences this tour has to offer.

- start and finish at Ulaanbaatar

- average altitude of the ger/yurt camp is 2000meters, we search wildlife between 1500-3200meters

-ger/yurt is heated with stove, toilet & wash room at a secluded part of the camp

-you might need to walk max 2kms or 1,5miles on a relatively flat terrain

- all travel within the country as noted in the itinerary; return flights between Ulaanbaatar and Hovd

- all accommodation based on shared rooms (most rooms are twin bedded), at most locations there are single rooms as well for extra charge (Please ask for a single room at the time of booking!);

- services of the leader(s);

- optional programmes to places of interest and entrance fees involved;

- airport and other departure taxes, tips;

- food beyond generally 3 meals/day mentioned in the itineraries;

- average altitude of the ger/yurt camp is 2000meters, we search wildlife between 1500-3200meters

-you might need to walk max 2kms or 1,5miles on a relatively flat terrain in the hills

Hustai National Park is a successful reintroduction site for the last wild horse living in the native environment. As a result, there are now over 220 wild horses roaming in the area, where lies the panoramic rolling steppes of Mongolia. (Community-based Ger Camp, B-L-D)

Day 4: Fly to Hovd and transfer to hotel

Our adventure drives through uneven roads will bring us to the Mongolian Altai. Settle in the community-based ger camp which is located on the mountain meadow near the elusive cat’s habitat. We will spend these days exploring the mountain for the ‘ghost’ and other exotic animals in this pristine natural environment. Our camp assistants, local guides, and cooks are all friendly local people who grew up in the same mountain we stationed, which will be a great benefit to our guests as they know a lot about the area. During dinner time, you can spend a lot of time chatting with the team. (Community-based Ger Camp, B-L-D)

In order to prevent further disturbance and disruptions to the wildlife, we are not mentioning the exact name of our Snow Leopard spotting site.

The mountain provides all the main prey species of Snow Leopards including the Siberian Ibex, Mongolian Marmots, and the Altai Snowcock. The exotic bird species which are only found above the 3,000 m above sea level in the Mongolian Altai will be the highlights of the trip, which include White-winged Redstar and Rufous-streaked Accentor. Asian Rosy-finch is possible during May-June tours.

The mountain provides a high opportunity to photograph the flying raptors including Himalayan and Bearded Vultures, Golden Eagle, Saker Falcon, and other unexpected migrants.

During May-June tours you have a chance as well for Asian Rosy-finch, Alpine Accentor, Siberian Accentor, Black-throated Accentor, Red-mantled Rosefinch and Great Rosefinch.

Also, set off to the semi-desert areas in order to find the critically endangered Mongolian Saiga (S. t. mongolica), which has been pushed to a small patch of the area in western Mongolia. At the Great Lakes, we will search for Savi’s Warbler, Arctic Loon, the attractive Pallas’s Sandgrouse and smart Henderson’s Ground Jay will be our target species.

Day 12: Fly from Hovd and transfer to Ulaanbaatar

You can do birding around your hotel which is located close to the airport on the bank of the Tuul River. The guests are free to do birding in the riparian forest for some interesting species including Azure Tit, Eastern Penduline Tit, White-cheeked Starling, Azure-winged Magpie, Long-tailed Rosefinch, Red-throated Thrush, etc.

Transfer to the airport according to your flight schedule. Arrive home 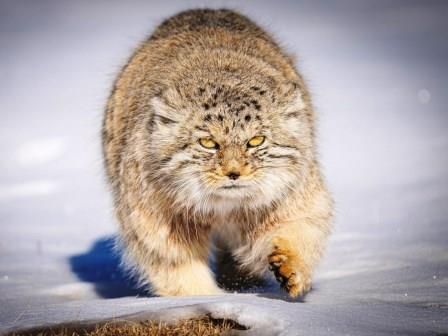 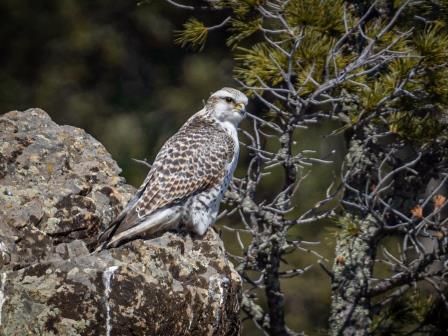